You are here:
THE 17th China (Shenzhen) International Cultural Industries Fair (ICIF) wrapped up at the Shenzhen World Exhibition & Convention Center in Bao’an District. The five-day event attracted some 2.05 million on-site visits, according to the event’s organizers.

The five-day cultural fair exhibited more than 100,000 pieces of cultural products, showcasing the country’s achievements in the cultural and creative industries. 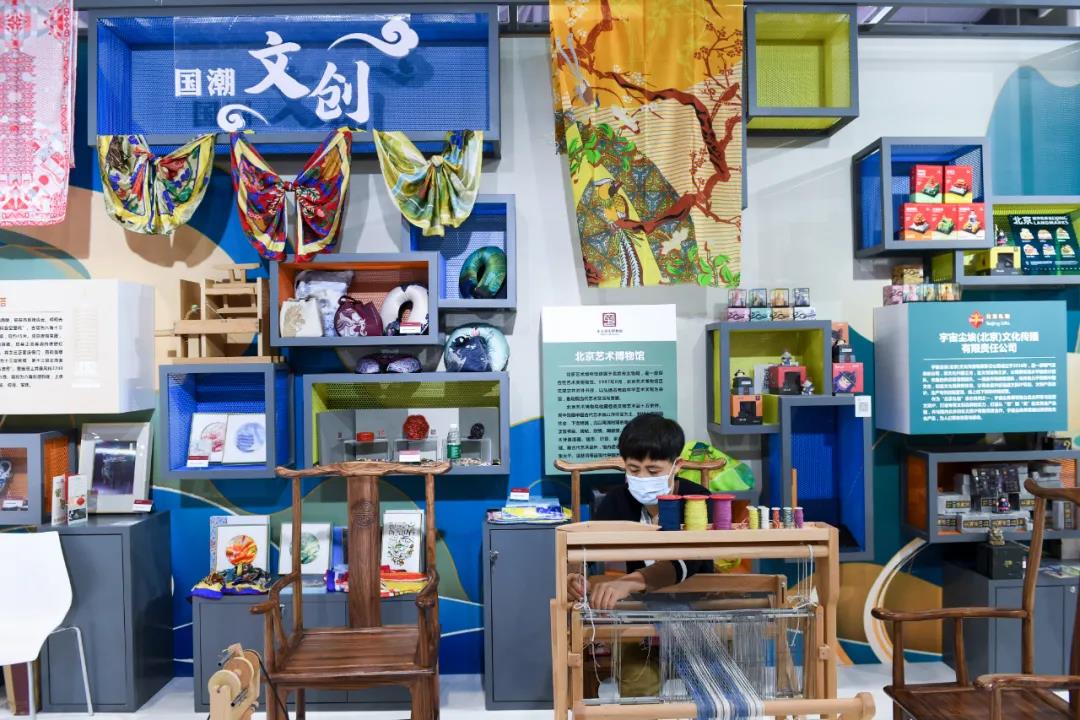 An exhibitor from Beijing demonstrates the traditional cloth-weaving technique at his booth at the ICIF yesterday. Xinhua

During the fair, nearly 4,000 investment and financing projects in the cultural and creative industries were presented and traded, while over 500 activities were held in the ICIF’s 67 subvenues across the city. More than 3,300 government entities, enterprises and organizations also attended the fair both online and offline.

An exhibition marking the centennial of the Communist Party of China was on display at the fair. The fair also highlighted “dual circulation,” new cultural business formats, integration of culture and tourism as well as innovation in cultural services to further boost the cultural industry. 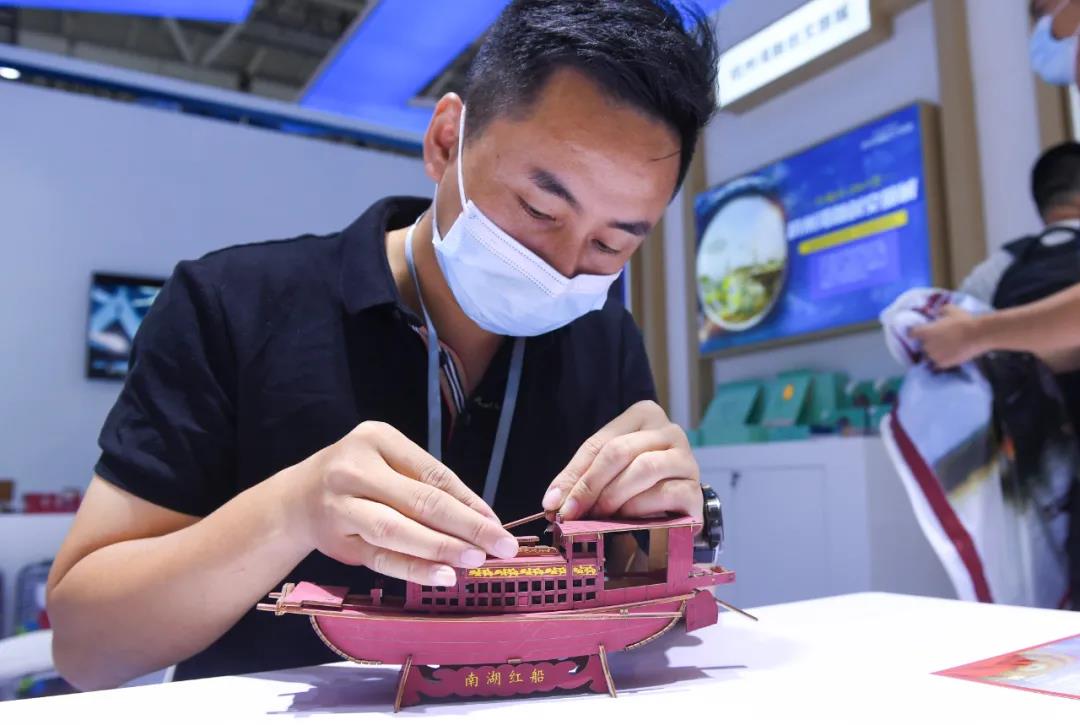 An exhibitor from Zhejiang Province makes a wood boat model at his booth at the ICIF yesterday. Xinhua

Another highlight of the fair was the Guangdong-Hong Kong-Macao Greater Bay Area (GBA) Hall, which displayed traditional culture, innovative cultural products and intangible cultural heritage of the 11-city urban agglomeration in the GBA.

Kahen Culture Co., a Dongguan-based company specializing in sculpture, participated in the ICIF for the seventh time with a booth in the GBA Hall. Its director Xu Xiaohong told Shenzhen Daily that their exhibits have won a gold prize from the ICIF organizers and attracted enterprises to sign agreements with them for cultural products production.

Another GBA Hall booth, the HK Creative & Design Pavilion, set up by the Hong Kong Association for Creative Education, had its manager Kang Fu acknowledge the fair’s significance. He said: “The organizers choosing Qianhai as the fair’s location signifies that this zone is expected to have infinite opportunities. As an exhibitor, we encourage more Hong Kong youths to develop their careers in Qianhai and to support the cultural industrial cooperation in the GBA.”