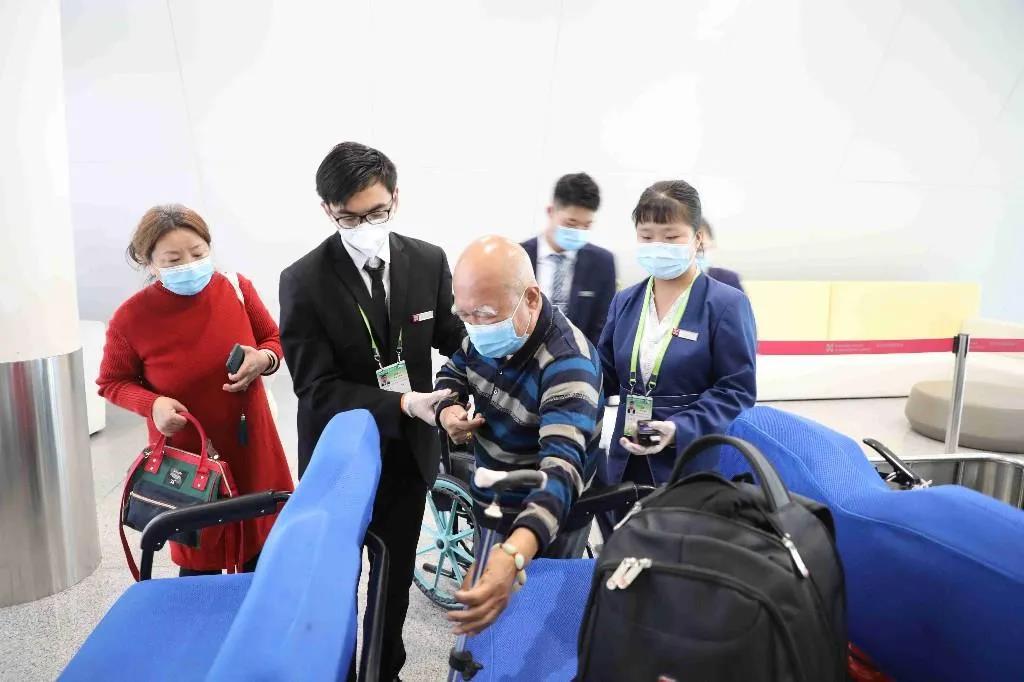 Staffers at Shenzhen Bao’an International Airport help an elderly person take a seat at the waiting lounge. Photos courtesy of the airport

ASQ is the world’s only program that surveys passengers at an airport on the day they travel, while the experience is fresh in their minds.

The world’s leading airport customer experience measurement and benchmarking program measures passengers’ satisfaction across 34 key performance indicators, in addition to survey questions on safety and hygiene at the airport.

A total of 348 airports from all over the world vied for the ASQ award last year.

In 2020, the Shenzhen airport, for the first time, joined the ranks of China’s top three airports both in passenger turnover and cargo throughput. 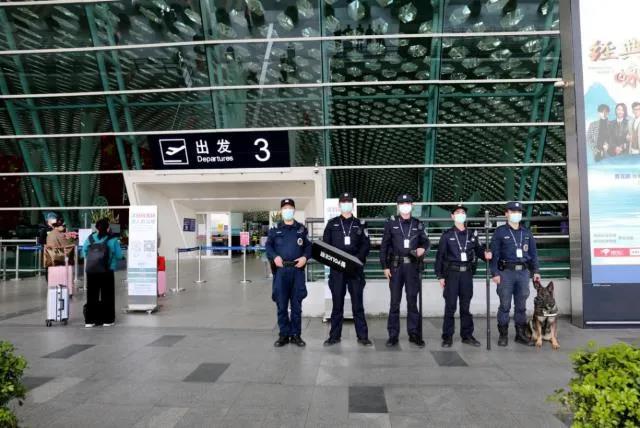 Security guards and a police dog are seen at one of the gates at Shenzhen Bao’an International Airport.

The airport handled a total of 1.39 million tons of cargo in 2020, a record in the recent four years in terms of growth rate. For the whole year, a total of 2,900 cargo flights were handled, which transported 750,000 tons of cargo to 46 countries.

In 2020, eight international cities were added to Shenzhen’s air cargo transportation network. The city’s total cargo destinations now number 25 around the world, of which 40 percent are in the U.S. and Europe. The international cargo throughput reached 460,000 tons in 2020, up 30.8 percent. 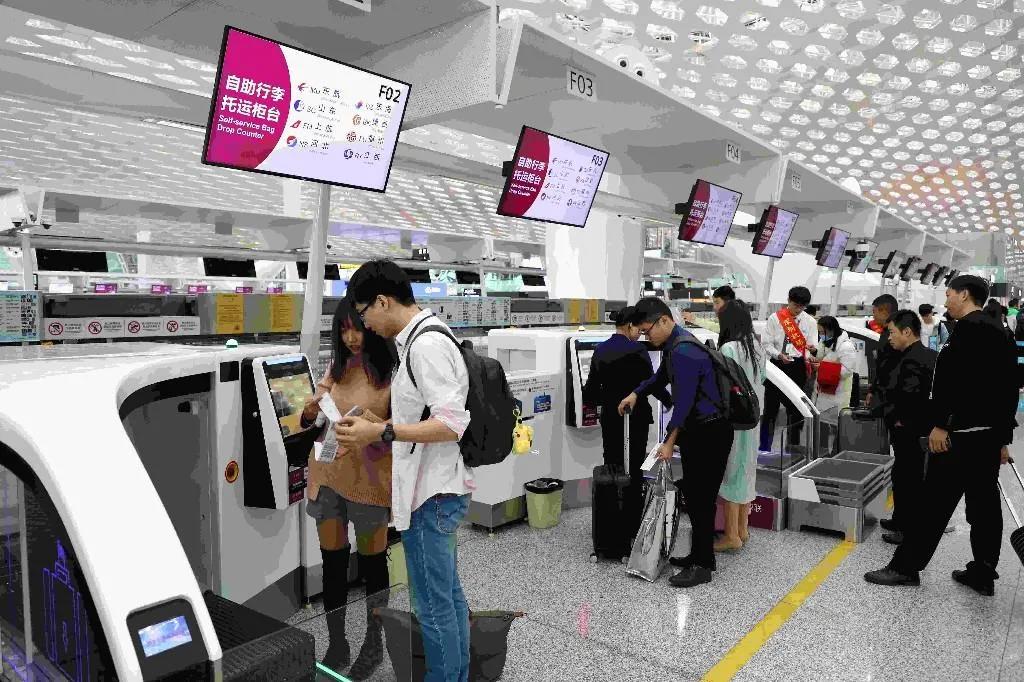 Passengers check in their luggage at the self-help service counters at Shenzhen Bao’an International Airport.

The platform is connected with the electronic data of Shenzhen Airlines and Hainan Airlines, through which the airport can get to know the latest cargo information of the flights departing or arriving at the airport, so that it can prepare for logistic service in advance and improve the service efficiency.