GUANGDONG has proposed building a maglev rail linking Shanghai in the Yangtze River Delta and Guangzhou and Shenzhen in the Pearl River Delta.

According to the Guangdong Land Space Development Plan (2020-2035) recently released by the Guangdong Provincial Natural Resources Department, it will take about 2.5 hours and 3.6 hours from Shenzhen to Shanghai and Beijing, respectively, if the maglev trains run at 600 kilometers per hour.

The coastal maglev line from Shanghai to Guangzhou and the Beijing-Macao maglev rail are among the six important transport lines to be built in Guangdong Province according to the Guangdong Lanscape Development Plan (2020-2035) released by the Guangdong Provincial Natural Resources Department recently. DT News

Two maglev lines are planned. One is the coastal line from Shanghai to Guangzhou via Shantou, Shanwei and Shenzhen. The other is the Beijing-Macao maglev rail that passes Shaoguan, Guangzhou, Foshan and Zhuhai. In addition, the Ganzhou-Shenzhen high-speed rail will be extended to Yangjiang via Zhuhai.

By the end of 2025, the number of permanent residents in Guangdong will reach 130 million with a controlled growth of 1.15 million a year. From 2018, the population in the Pearl River Delta area will grow from 63 to 84.4 million, according to the provincial natural resources department.

The intercity rail construction in the Guangdong-Hong Kong-Macao Greater Bay Area, the Yangtze River Delta Area and the Beijing-Tianjin-Hebei Economic Belt have been listed in the country’s 14th Five-Year Plan. 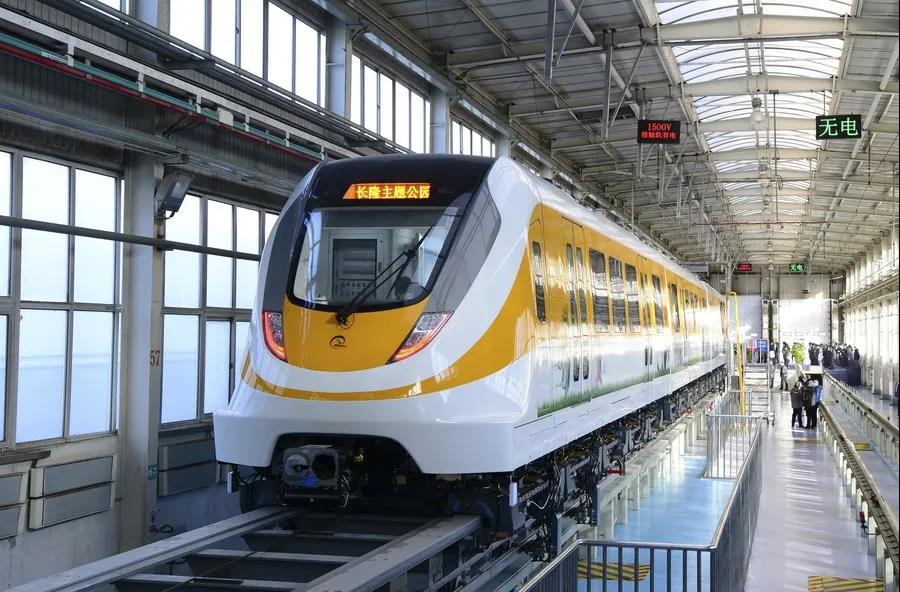 A new type of middle-to-low-speed magnetic-levitation train, which will be deployed on a tourist route between Qingyuan City and Guangzhou Chimelong Tourist Resort in Guangdong Province, is released by Chinese train maker CRRC Changchun Railway Vehicles Co., Ltd. in Changchun City of Northeast China’s Jilin Province on Dec. 15, 2020.

In a statement responding to the public interest, the Guangdong Provincial Natural Resources Department said Monday that the plan is just at its initial stage prior to the feasibility study and approval procedures.

This is an overall plan for the future transportation development. Whether the construction of the maglev rails will proceed or not is a complicated matter that needs confirmation of the National Development and Reform Commission, according to officials with the provincial natural resources department.