Foreign direct investment up 38% in Nov 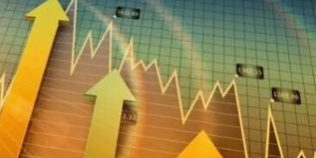 CHINA attracted US$91.7 billion in foreign direct investment (FDI) in the 11 months of 2010, nearly 18 percent more than the same period of 2009, the Ministry of Commerce said yesterday.

The country was on course to attract US$100 billion in FDI this year, commerce ministry spokesman Yao Jian said.

That would be the first time that China’s intake crossed the US$100 billion mark, clear evidence that investment flows into the world’s second-largest economy remain strong despite worries about rising labor costs.

Along with the general attraction of investing in the fast-growing Chinese economy, Yao said the service industry had emerged as one focal point for foreign investors.

The investment attracted by the service industry accounted for 44.9 percent of total FDI in the first eleven months, compared with 40.9 percent in the same period a year earlier.

“With China’s economy rising further in the future, investment in the manufacturing sector will maintain a stable growth pace and service industry investment will continue to speed up,” he said.

In November alone, China attracted US$9.7 billion in FDI, up 38 percent from the same month of 2009, the ministry said.

Inflows, which surged in the years after the country joined the World Trade Organization in 2001, were hit hard by the global economic slowdown, but have staged a recovery this year.

Although China has a tight regime of capital controls, there is concern that some hot money has been entering the country in the guise of legitimate trade and investment flows. Yao said the commerce ministry would work to ensure that no FDI cash was being illegally redirected into asset markets.

“Our ministry will take further efforts to check the authenticity of foreign capital invested in property,” he said.(SD-Agencies