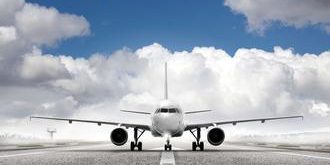 THE No. 2 runway at the Shenzhen airport will open at the end of next month after a successful test of the runway Monday.

It was the first time large commercial jets, including an A330 flight from China Southern Airlines, has taxied on the runway, yesterday’s sznews.com reported.

After approval by the Civil Aviation Administration, it will officially start operating.

The test was very successful. “It was perfect to take off and land on the runway and all the facilities worked well. I think it is now fully capable of opening for commercial flights,” said Li Wenhao, captain from the airline who was in charge of the runway trials.

The No. 2 runway was 3,800 meters long and 60 meters wide and the A380 aircraft is the largest plane it could accommodate. It was more advanced than the No. 1 runway, said Chen Jinquan, vice manager of flight management at the airport.

Terminal 3 was still under construction and was expected to be completed next year. After the T3 opened, the number of passengers passing through the airport was expected to double, Chen said.

More than 600 flights take off and land on the No. 1 runway every day with about 26 million passengers a year.