‘Best’ Universiade comes to an end 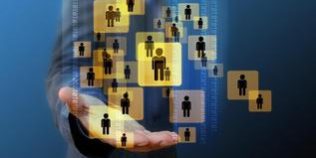 Two representatives from Kazan, Russia, which will hold the next Universiade in 2013, accompany Igor Shuvalov, first deputy prime minister of Russia, as he brandishes the flag of the International University Sports Federation at the closing ceremony of the 26th Universiade in Shenzhen, Guangdong province, on Tuesday, Aug 23.[Photo/China Daily]

The games were the largest ever, involving a record 10,603 participants, with 7,132 athletes and 3,471 officials from 151 countries and regions. It also provided the most events, at 24, producing 949 medals.

Three Universiade records were broken in athletics, swimming and archery.

“Four years ago, Shenzhen promised the world that we would make a difference to the Summer Universiade. Today, I am proud to say that we have fully completed our promise and provided the most successful Universiade in history,” said Huang Guoqiang, a spokesman for the games. During the games, not a single case of doping was found, nor any accidents concerned with food safety or medical safety issues were reported, officials said.

The event was “a safe, efficient, fair and healthy Universiade”, Huang said.

Some 1.27 million citizens worked as volunteers for the games, whether in the venues, in the Athletes Village or on the streets. Owners of more than 430,000 vehicles voluntarily suspended their cars during the Universiade.

“My husband, my daughter and I watched the Universiade every night and we truly enjoyed the whole event. It brought us a lot of pleasure, and I think most people in Shenzhen will share my feeling,” a local resident surnamed Meng told China Daily.

Huang said the city could benefit from such achievements in the long term.

“For Shenzhen, the Universiade was not only a sport event but a precious chance to enhance the infrastructure, promote international cultural communication and lift the young city’s culture,” Huang said.

“The games further opened the door for the special economic zone to encourage it to develop into an international city with greater economic openness and a wider horizon,” said Huang.

“We have shared the tears and joys of the young athletes around the world in the past 12 days. We witnessed their success in the competitions and joined their happiness here in Shenzhen,” concluded Huang.