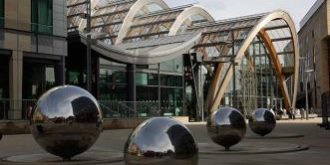 As sporting enthusiasts are looking forward to London’s Olympic Games next year, and looking back at yesteryear’s Commonwealth Games in Delhi, you could easily be forgiven for thinking that 2011 was bereft of any major athletic sporting games. Laura Soderlind reports.

For people whose lives are a little emptier when not watching the mighty shot put flung onto a field, or the gentle grace of expert weight lifters, 2011 is indeed endowed with an international meeting of athletes.

Shenzhen, in China, will host the 26th World University Games, bringing together student athletes from around the world. With all the usual trimmings – a torch relay, opening ceremony and a technicolour mascot – the Games will take place from 12 -21 August.

Participating from the University are:

Eric Sheppard cites his intensive training regime as helping him get into peak physical shape, ready for the games. “To train for the Uni Games, on average, I’ve been taking a four hour ride per day,” he says.

“I’ve also been doing motor pacing, which means riding in behind a motorbike. The motorbike can set a fast pace and this allows me to ride in a way that simulates racing conditions.”

No stranger to elite international sporting competitions, Eric has raced in Thailand, where he was ranked fourth overall for the tour.

Having developed a taste for international competitions, Eric is looking forward to sampling Shenzhen’s local food offerings. “The more you ride, the more you can eat,” he laughs, referring to some of the perks for travelling athletes.

“We’ll also go on the new high speed train. By the time I’ve done a four hour ride, there’s not much time left in the day.”

Having begun cycling only in late 2007, Eric Sheppard has managed to become a high performing and elite athlete very rapidly. This quick rise to success announces him as an athlete to watch out for in the future.

Marcus Memmolo is another University of Melbourne student who will compete in the World University Games in his sporting pursuit; taekwondo.

“I’m really looking forward to participating in the Games,” he says. “It’s an amazing feeling being around so many athletes and students from different backgrounds. Everyone is striving to achieve the same thing.”

Showing that it’s not all fun and games, but a lifetime saga of commitment and work, Marcus started taekwondo at the age of five, “I was a little hesitant at first, I remember not wanting to walk into the training centre because of the loud kicking noises, but I grew to love it. It has kept me active to this day.”

In preparing for his trip to Shenzhen, Marcus says, “I’m definitely looking forward to some sun at this stage; I’m not convinced Melbourne will ever have good weather again.

“It will also be good fun to mix with other teams and universities and forget about any uni work for a few days, too.”

Showing that the World University Games are uniquely tailored to not just the bodies, but also the minds of student athletes, Chess features in the line up of sports.

The Games are staged every second year and date back to the very first World Student Games in 1924. They bring together a handful of the nation’s top athletes who are successfully pursuing their sports while simultaneously maintaining their academic studies. With one foot in the classroom and the other foot on the sporting ground, these athletes must work especially hard to achieve excellence.