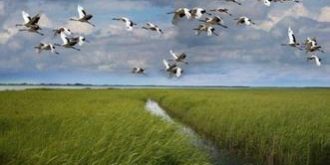 Shenzhen planned to create three nature reserves before 2015, increasing the percentage of reserves in the city area to 12 percent, the urban management bureau said.

Construction on Dapeng Peninsula Nature Reserve in Longgang District would start early next year and Tiantoushan Nature Reserve in Pingshan New Zone and Tiegang-Shiyan Nature Reserve in western Shenzhen in 2013. “Nature reserves are critical to sustainable development and the percentage of reserves in the city area is an important indicator of the ecological environment and a city’s accumulative strength,” said Hu Zhenhua, head of the city urban management research institute.

Dapeng Peninsula Nature Reserve, by far the best-protected area in the city and to cost about 500 million yuan (US$77 million), includes Paiya and Bijia mountains and the Baguang Wetlands in Kuichong and the Dongchong Wetlands in Xichong.

Tiegang-Shiyan Nature Reserve, which will cost 200 million yuan, is to become a provincial nature reserve featuring an inland wetland ecosystem.

The planned nature reserves are home to rare plants and animals.