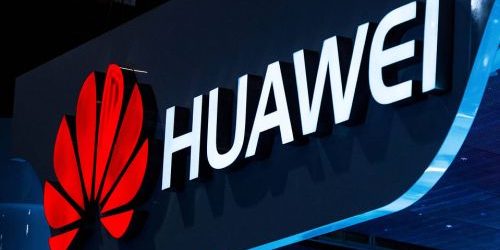 The country’s largest maker of telecom equipment became one of “the world’s top three smartphone makers for the first time” in the fourth quarter, Reuters quoted the company’s annual report released yesterday as saying. The proportion of sales from networking equipment, the area that has drawn foreign scrutiny, will decline, the company forecast.

Huawei is fighting concerns over cyber security in markets from the United States to Canada and Australia. A U.S. congressional committee in October said Huawei and ZTE Corp. provide opportunities for Chinese intelligence services to tamper with telecom networks for spying.

“The United States would only limit their expansion in the core telecom equipment sector,” said Bill Fan, an analyst at Guosen Securities Co. in Hong Kong. “They won’t hinder their sales in high-end smartphones.”

Sales last year rose 8 percent to 220 billion yuan (US$35 billion), helping boost net income 32 percent to 15.4 billion yuan. The company in January projected revenue will gain as much as 12 percent this year. Huawei said the annual growth target is for the next three to five years.

In 2011, the United States barred Huawei from participating in building a nationwide emergency network, while Softbank Corp. and Sprint Nextel Corp. told a U.S. lawmaker last month they won’t integrate equipment from the Chinese company into Sprint’s network after they merge, the legislator said. In March 2012, Australia banned Huawei from bidding on a national broadband network citing “national interests.”

Huawei network equipment sales will fall to 60 percent of revenue by 2017 from 73 percent in 2012, said Guo Ping, deputy chairman and one of the company’s three rotating chief executive officers. Consumer devices will rise to 25 percent of sales in 2017 from 22 percent last year, driven by a push into high-end products, he said.

“Huawei is the only one that has the capability to enter into the high-end market,” said Fan of Guosen Securities. “It is the only Chinese brand that can produce a quad-core chipset.”

Huawei may also face additional restrictions in Canada. Prime Minister Stephen Harper’s government is reviewing whether it needs rules to govern the equipment used by the country’s biggest mobile phone operators, and has been consulting industry officials, a person familiar with the matter said last month. Huawei, which supplies both Telus Corp. and BCE Inc., has been barred from providing gear for Canadian Government networks, Trade Minister Ed Fast said last month.

Huawei “will not be the next to fall,” Ren Zhengfei, founder of Huawei, said in the annual report yesterday. His statement didn’t specifically refer to the U.S. security probe.

Huawei is employee-owned, with about 74,000 staff members holding shares, the company said in its report. That is less than half of the total of 155,000 employees as of the end of last year, according to the report. (SD-Agencies)