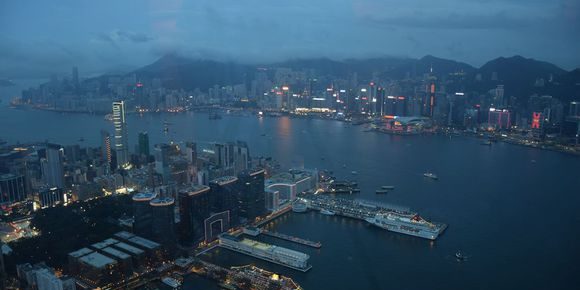 It used to be a poor fishing village, but in little more than 30 years ithas developed into a bustling metropolis with a population of 12million. The southern coastal city of Shenzhen, bordering HongKong, is best known as the nation’s first special economic zone, atesting ground for the country’s reform and opening-up.

Over those years, hundreds of thousands of private companieshave sprung up, backed by strong innovation and favorablegovernment policies. Now the city is evolving into something else, aneconomy with a better-coordinated industry mix, and the city’scompanies are beginning to embrace those changes, ready to takeon the biggest challenges that their global rivals can throw up.

“The two are intertwined,” says Guo, who has studied the country’smacroeconomic development for more than 20 years.

Government policies have given Shenzhen an economy that ishighly export-oriented, and as the global downturn has bitten andlabor costs have risen, the city has been moving to build a better-balanced industry mix so that the momentum of economic growthcan be maintained.

Part of that new mix is the financial sector, and last year Qianhai, a15-square-kilometer area on the western side of Shenzhen, was setup as the testing ground for financial innovation in China, and hasbeen dubbed the Manhattan of southern China.

Its official name is Qianhai Shenzhen-Hong Kong Modern ServiceIndustry Cooperation Zone, and its stated aim is to strengthen collaboration between HongKong, Shenzhen and the Pearl River Delta as a whole.

In December, the central government announced measures that will enable companies inQianhai to borrow renminbi from Hong Kong banks, with interest rates to be fixedindependently, one aim being to accelerate the internationalization of the renminbi byestablishing closer ties between Shenzhen and Hong Kong, and enhancing Hong Kong’s roleas an offshore business center for renminbi.

Another aim for the region is to soon become an international financial hub connecting HongKong and the mainland. By 2015, the expected output of the area is forecast to be 50 billionyuan ($8 billion), and that is expected to triple by 2020.

Gao Chengjing, president of Tibetan Crane Fund Management Co Ltd, speaking in the Kingkey100 building, a landmark skyscraper in Shenzhen, says: “Based on the dynamic privateeconomy and the favorable geographic location, the finance sector can be given full wing. Butsimply learning from your neighbor is not enough. Shenzhen needs to grow according to itsown specific situation.”

Apart from the potential that Shenzhen’s proximity to Hong Kong offers the financial sector,there is also great scope for service industries, which will further boost the local privateeconomy, analysts say.

One company that is eyeing opportunities there is the Internet firm Tencent, whose presidentand co-founder, Pony Ma, says it will move e-finance and e-commerce operations to Qianhai,which gives priority to modern services and finance.

A company that has already made the move to Shenzhen is the consumer electronicsenterprise TCL Group, which has set up its international business headquarters there.

The company had turnover of 69.6 billion yuan last year, 14.5 percent higher than the yearbefore, and international sales accounted for 38 percent of the latest figure.

“It’s natural for Chinese companies to go global,” says Li Dongsheng, chairman of TCL Group. “We attach great importance to the international market and regard it as another profit growthengine. Because of Shenzhen’s favorable conditions, we will raise our international businessratio to about 50 percent by 2015.”

TCL Group’s international business headquarters were once in Hong Kong, Li says, and thedecision was taken to move to Shenzhen because of its abundance of talented people with aninternational perspective and because of the labor cost compared with Hong Kong.

“In addition to being so close to Hong Kong, Shenzhen is also a great place for the electronicsindustry with its complete and well-coordinated auxiliary system for both IT and electronics,” Lisays.

As the rising cost of labor and materials puts pressure on manufacturers’ profit margins,companies in Shenzhen should fully exploit its innovation strengths, he says.

“Shenzhen is a good place for developing capital-intensive and technology-intensive projects.Every company stands to gain from this in the long term,” says Li, adding that TCL Group isdoing research and developing high-end technologies such as liquid crystal display TVs and3D TV sets in the city.

The group attaches great importance to Africa as a market, regarding it as “one of the mostimportant and significant new growth points for the group”.

“That potential has been pushed along by growing cooperation between the Chinesegovernment and African governments. There’s no doubt Africa is one of the fastest growingeconomies, and we plan to set up manufacturing plants there to increase our sales.”

Dai Shu, a spokesman for ZTE’s overseas business, echoes Li, saying that with Shenzhenbeing so near Hong Kong, people in the city are highly innovative, have an internationalperspective and are market-oriented.

The fact that the huge IT industry has grown so quickly in Shenzhen can largely be attributed tothe local government’s innovation, says Dai, who went to Shenzhen in 1998.

The fact that the huge IT industry has grown so quickly in Shenzhen can largely be attributed tothe local government’s innovation, says Dai, who went to Shenzhen in 1998.

The Shenzhen government has dared to do things without fear of making mistakes, he says,such as encouraging joint ventures with foreign companies or acquiring advanced technologiesfrom them, something that was regarded as highly progressive in the 1990s.

“Without these pioneering deeds, huge companies like ZTE and Huawei would not be here,”says Dai, speaking in ZTE’s headquarters in Shenzhen Nanshan Technology Industrial Park,where many local IT companies, including Tencent, are located. “ZTE has hugely benefitedfrom Shenzhen’s openness and innovation. Our company’s development is a microcosm ofShenzhen’s evolution; both are innovative and pioneering.”

The company, founded in 1985, was among the first Chinese companies in the 1990s to realizethe potential in telecommunications in China based on what was happening elsewhere. It thenshifted its focus from being a manufacturer to telecommunications, a decisive step.

ZTE has also exploited its strong research and development strengths to the hilt to ensure itslong-term competitiveness.

“Shenzhen has plenty of IT talent,” Dai says. “As a high-tech enterprise, research anddevelopment is of great significance to our success. We will continue to invest 10 percent ofour revenue in research and development and draw on the city’s strengths to ensure oursustainable development.”

With Shenzhen as its backbone, ZTE aims to rank in the top three by sales globally by 2015,with the EU and the US being among the biggest contributors to its revenue, Dai says. At themoment, about half the group’s revenue comes from overseas, with the EU and the UScontributing about 20 percent, he says.

“Global telecom carriers, including those in the EU and US, are likely to spend a lot on networkconstruction and upgrades, bringing big opportunities for ZTE’s business growth in thesemarkets,” Dai says.

“It is hard to say what contribution these markets will make to our global revenue, but I’m surethe figure will increase as we enjoy a close relationship with various EU and US telecomcarriers.”

Dai says that Africa, as one of the first international markets for the group, is of greatimportance to ZTE. The company has business operations in 57 African countries, andrevenue from that market accounted for about 9 percent of the group’s revenue last year.

However, African expansion plans face particular challenges, given that it is often harder to getpayment on time, and political turbulence makes it difficult to ensure employees’ safety, hesays.

The company was founded in 2000 and was one of the first Chinese companies dealing in new-energy vehicles, and it has played a role in shaping the central government’s policies on newenergy.

The group gained international recognition through the Shenzhen Universiade in 2011 byproviding 200 hybrid vehicles as the shuttle buses for competitors, and it has worked with thecity of Hamburg in Germany in developing electric vehicles.

The group had turnover of about 2.2 billion yuan last year, and profit of 200 million yuan.Overseas sales, mainly in Africa, were worth 90 million yuan, Liu says.

Wuzhoulong will carry out its overseas strategy in two phases, he says.”First we will build up our brands in areas such as Africa, where brand operation costs arerelatively lower compared with the US and the EU. Once we have good brand recognition, wewill move into the developed nations such as the US and the EU.”

Overseas sales are expected to account for 10 percent of its target revenue of 12 billion yuanby 2015, he says.

Overseas sales are expected to account for 10 percent of its target revenue of 12 billion yuanby 2015, he says.

It would have been impossible for a private company like Wuzhoulong to develop its vehicleswithout the help of the Shenzhen government, he says, either in subsidies or in introducing newtechnology.

“There is no other city government in China that encourages innovation as much as Shenzhendoes.”