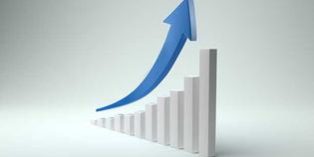 SHENZHEN’S imports and exports exceeded US$170 billion in the first quarter of this year, representing an 80 percent increase compared with the same period of last year, according to statistics from Shenzhen Customs.

The growth is 66 percent more than the national level in the period.

The city’s exports grew by almost 70 percent to US$92.9 billion and its imports increased by more than 95 percent to US$78.1 billion.

“Goods trade brought in some foreign capital, which partly led to the sharp increase in imports and exports,” Qu Jian, deputy chief of Shenzhen-based China Development Institute, said in an interview with SZTV on Saturday.

“In addition, international capital has entered China in the form of foreign trade. However, the growth in foreign trade will return to a normal level due to strengthened supervision,” said Wei.

Wei added that this year’s foreign trade will see a better situation than last year’s since markets in the United States and Europe are recovering.

“Although emerging markets are very active in purchasing, their purchasing power is limited,” said Wei.

The Shenzhen Customs trade data came two weeks after analysts raised doubts over China’s exports figures for the three-month period from December to February, due to discrepancies between those numbers and imports data issued separately by Hong Kong.

While Shenzhen’s sharp growth in foreign trade caught wide attention, experts also called attention to what the statistics may represent.

Zhang Yongjun, vice director of the research department of China Center for International Economic Exchanges, said in a recent media interview that because Shenzhen is close to Hong Kong, it is easier for exporters to find management loopholes or make a false report of exports.

“In addition, goods are returned after going through areas under special customs supervision, which might generate false trade statistics,” said Zhang. (SD-Agencies)