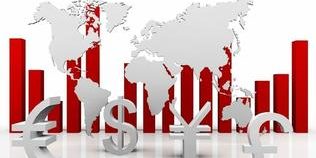 The State Administration of Foreign Exchange (SAFE) will abolish 24 regulations regarding foreign exchange registration, account openings, remittance, and conversions, the agency said in an announcement posted to its website Saturday.

The move inches China closer to making its currency, the yuan, convertible under the capital account, and follows a previous round of FDI-related deregulation by SAFE in November last year.

Premier Li Keqiang told a meeting of the State Council, China’s Cabinet, that the government would produce a detailed “operational plan” to achieve capital account convertibility this year, though he did not offer a timeline for convertibility.

Li also called on agencies across the government to cut red tape and cancel unnecessary administrative approvals. SAFE referred to the State Council’s call for deregulation in its announcement Sunday.

That rise put an end to persistently negative year-to-date growth since early 2012 and was mainly driven by investment from U.S. and European companies, according to Ministry of Commerce data. (SD-Agencies)