SZ: NO. 1 In Economic Competitiveness 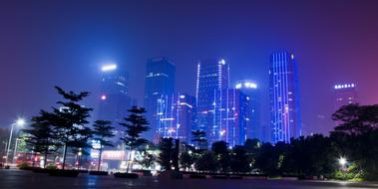 SHENZHEN is the most competitive city economically in China, according to a report by a mainland think tank.

The report released by the Chinese Academy of Social Sciences (CASS) analyzed and compared the competitiveness of Hong Kong, Macao, Taiwan and 294 cities on the Chinese mainland. It showed that Shenzhen has the strongest competitive power, followed by Hong Kong, Shanghai, Guangzhou and Taipei.

The report revealed that the most competitive cities are located in the Pearl River Delta and Yangtze River Delta regions, but cities in the central and western parts such as Chongqing, Chengdu and Wuhan have also seen rapid economic growth as late starters.

Shenzhen ranks fourth in terms of sustainable competitiveness, while Hong Kong tops the list with the highest score of being a harmonious and eco-friendly city.

Shenzhen is one of the 10 most livable cities in China, which was evaluated based on a city’s housing-price-to-income ratio, the number of shopping places and the living space per capita. Zhuhai, a city neighboring Macao, has been the most livable city in China for three consecutive years, while Xiamen and Zhoushan won the top three places for the first time this year. Shenzhen ranks sixth in this category.

Shenzhen passed Hong Kong in an overall economic competitiveness ranking in 2014, according to CASS last May.

It was the first time in 13 years that the SAR lost the crown. Shanghai, Taipei and Guangzhou came third, fourth and fifth in the ranking.

The severe shortage of land and housing supply in Hong Kong had pushed property prices to astronomical levels, while soaring rents had squeezed the profit margins of emerging industries, impeding their development, the report said.

Ni Pengfei, head of the Center for City and Competitiveness at CASS, said during an interview last year that the ranking indicated the innovation-driven development mode had made a major breakthrough in Shenzhen.

Shenzhen has the highest economic output per unit area among mainland cities, and the city’s energy and water consumption per 10,000 yuan (US$1,611) of GDP is the lowest on the mainland.

CASS is the premier and the most comprehensive academic research organization under the State Council in China.