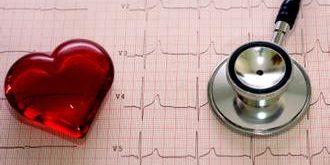 On the same day, Gao Runlin, an academic from the Chinese Academy of Medical Science, set up a workshop at the Shenzhen hospital to offer hands-on training. The cooperation is part of the city’s efforts to bring in outside doctors and hospitals to boost local medical services.

Roughly 23,000 Shenzhen residents suffer from cardiovascular problems every year, according to Yu. Chinese Academy of Medical Science Fuwai Hospital, which ranks No. 1 in terms of the number of heart surgeries conducted every year, and has a death rate of 1.5 percent with heart attacks, much lower than the world average of 5 percent, Yang Yuejin, vice president of the hospital based in Beijing, told reporters Wednesday.

Through the cooperation, the Beijing hospital aims to help reduce the rate of Shenzhen residents dying from heart attacks to 2.2 percent in five years, Yang said. “Our vision for the Shenzhen team in five years is to become a top team in treating cardiovascular diseases,” said Yang.