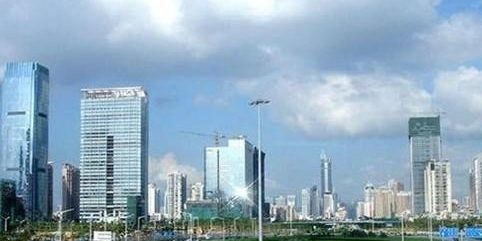 The International Centre for Higher Education Innovation under the auspices of UNESCO, the 10th UNESCO Category-II centre in education in the world, officially launched in Shenzhen on June 9th.

Based at the South University of Science and Technology of China (SUSTC), the centre, the first UNESCO institute in Shenzhen, will become an international platform for education reform and development, exhibiting successful practice of higher education in China.

It will support the development of higher education in African and Asian countries and absorb the best practices of first-class universities in developed countries in the Asia-Pacific.

At the launch ceremony, Tang Qian, assistant director general for education, UNESCO, said UNESCO sets a high expectation on the centre. He hopes the centre will play an active role in promoting university education cooperation through cooperation with the government and enterprises.

“Shenzhen is an innovative city with many good enterprise resources such as Huawei and ZTE. The centre can play a leading role and set an example by making use of the resources and introduce Shenzhen practices to the Asia-Pacific region countries,” said Tang.

Li Ming, head of the SUSTC Party committee, was elected as director of the centre.

“We will develop university cooperation with some Asia-Pacific countries and African countries to offer technological support, particularly in innovative uses of ICT in higher education in the coming three years,” said Li.

He said distance learning facilitated by ICT has “revolutionized the development of higher education.

“We aim at changing the pedagogy of higher education, moving from conventional methods that still use one-way transmission to more interactive styles,” he said. “In that way, we can improve the quality of higher education and also develop innovative talent.”

Shenzhen Vice Mayor Wu Yihuan said the establishment of the centre is a major step for the internationalization of higher learning education in Shenzhen. The centre will set up International Education Innovation Foundation to carry out the exchange projects.

The 38th Session of the General Conference of UNESCO approved of establishing the international centre for higher education innovation last year.