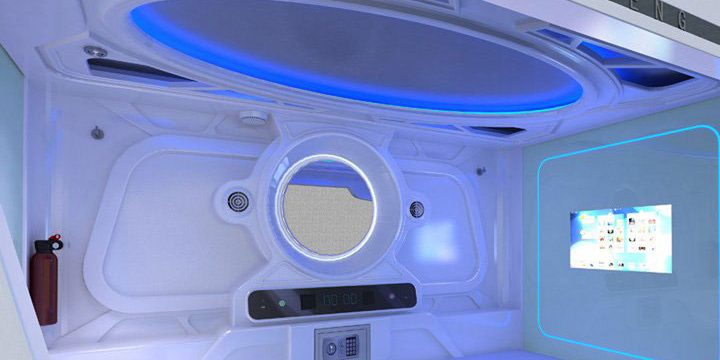 A Space experiment to study controlled ecological life support techniques was launched in Longgang District, Shenzhen on Friday during the 4th Shenzhen International Low Carbon City Forum, with four volunteers entering into an airtight capsule for the next 180 days.

The project is significant for developing new techniques that support multiple members to sustain their lives in a space environment efficiently for a long period of time. It also shows that China has achieved an international level of controlled ecological life support techniques, according to various Chinese media reports.

The life support technique for a space environment is based on ecology. The technique builds a long-term survivable environment that is suitable for human beings to live with minimum supplies from the ground through the coordination of several functions, including the cultivation of plants and animals, the recycling of waste and the control of the atmosphere.

The four volunteers, three men and one woman, were recruited. The recruitment process was launched in May last year and the candidates went through four rounds of elections, including a qualification review, a physical, and psychological checks.

Eight volunteers stood out from 2,110 candidates and four of them eventually got the opportunity to participate in the experiment. Among the volunteers, two of them work as researchers at the Astronaut Center of China and the other two were recruited from society at large.

The person in charge of the experiment, also the deputy chief designer from the Astronaut Center of China, Li Yinghui, said that the capsule is comprised of eight cabins with four functions. The capsule takes up an area of 370 square meters and is capable of being used to test controlled ecological life support techniques with multiple members for over a year.

Based on considerations for energy supplies, a balanced diet, multiple tastes and health issues, the researchers have cultivated 25 kinds of plants inside the cabin. The plants include wheat, potato, sweet potato, beans, peanuts, cabbage, and fruits like strawberries and cherries.

Apart from the controlled ecological life support technique, the experiment will also look at human interaction with the environment. The study includes observing physical and mental changes, regular sleep-wake-cycle and emotional states during the long-term living in the airtight capsule.