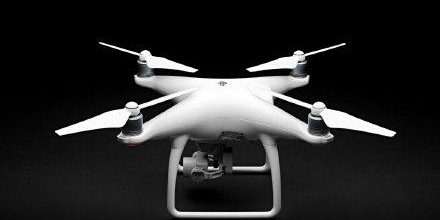 More than 300 Shenzhen-based drone makers, including the well-known DJI, are expanding their territories around the world, making the city the hub of the world’s civilian unmanned aerial vehicle (UAV).

“Shenzhen has become the distribution hub of the drone industry around the globe. Seventy percent of the world’s civilian drone market share has been captured by the city and more than 300 local manufacturers are working in the sector, generating more than 20 billion yuan (US$3.2 billion) in sales,” Yang Jincai, director of Shenzhen UAV Industry Association, told the National Business Daily on Monday, one day after the closing of the 5th Shenzhen International Intelligent Transportation System and Location-based Services Expo.

About 110 manufacturers displayed more than 230 latest drones, including fixed-wing drones, multi-propeller drones and even airships, at the expo at the Shenzhen Convention and Exhibition Center from June 17 to 19.

According to Yang, 90 percent of the world’s drone products, especially UAVs produced for civilian customers, are manufactured in Shenzhen and shipped around the globe.

As of December last year, the number of domestic enterprises associated with manufacturing and R&D of civilian drones has surpassed 400, with one in four making drones for agriculture and farming.

Statistics from the Ministry of Agriculture estimated that the occurrence area of crop diseases and insect pests will reach 3.7 million square kilometers, and if one-third of the farmland is able to utilize drones to fight pests, the market scale will reach 80 billion yuan.

According to Beijing-based iResearch Consulting Group, China’s drone industry market scale could rise to as high as 75 billion yuan in the next decade.