Global Campus to be built 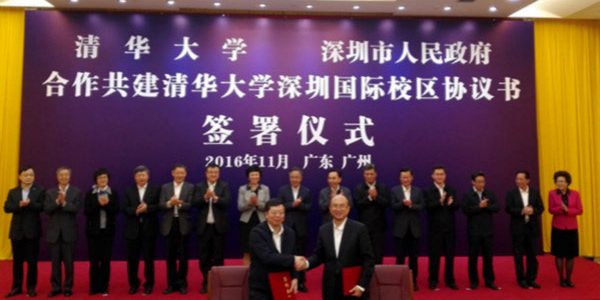 The Shenzhen Municipal Government and Tsinghua University signed an agreement last Friday to build a global campus in the city with one-third of the students coming from overseas, the Southern Metropolis Daily reported.

The global campus will be situated near Xili University Town in Nanshan District and mainly serve postgraduate and international students.

Chen Xu, Party chief of Tsinghua University, said that the global campus would enroll 5,000 to 8,000 students within five to 10 years, among which one-third will be international students. Graduates will receive certificates from both Tsinghua University and cooperating universities from other countries.

Shenzhen’s Party chief Ma Xingrui said at the signing ceremony that the city’s cooperation with Tsinghua University was a milestone in the development of Shenzhen’s tertiary education system.

Authorities in Shenzhen have issued a document and pledged their high expectation of building more quality universities in the coming years.