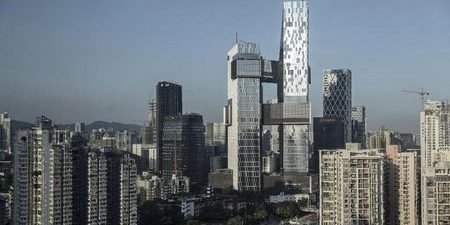 A contributor to Forbes magazine, Ben Sin, recently visited four high-tech companies in Shenzhen and then wrote an article saying that China’s tech companies have gone from followers to innovation leaders in their respective fields in record time.

Sin is a Chinese-American from California currently living in Hong Kong. In the article, titled “A Day in Shenzhen, Hardware Capital of the World: Drones, Smart Bikes, Scales and Phones” published on forbes.com, he said that the average consumer in the West may still think of Chinese tech companies as copycats, but “that mentality is outdated, and quite frankly, ignorant.”

He cited the example of Xiaomi. The company’s products may have started out a bit like iPhone ripoffs, but not anymore: its new bezel-less phone makes the recent Apple and Google phones look clunky and primitive, he noted.

The four Shenzhen companies that Sin visited were Xiro, a dronemaker; Yunmai, a startup producing smart scales; 700Bike, a company specializing in crafting foldable, lightweight bicycles; and Vivo, the third-largest phonemaker in China.

The contributor said that he now knows why Wired magazine and Financial Times called Shenzhen “The Silicon Valley of Hardware,” and why Apple will soon open an R&D hub there.

Sin’s first visit was to the offices of Xiro, China’s second-largest drone maker (behind the world-leading DJI), located at the futuristic-looking Shenzhen Hi-Tech Industrial Park in Nanshan District.

Xiro’s first release, the quadcopter drone dubbed Xplorer, garnered rave reviews from serious drone users for its industrial design, flying height of 120 meters and strong wind-resistance. But to appeal to average Joes, the company followed the Xplorer with a smaller, cheaper drone, named the Xplorer Mini, which Sin tried to fly.

Next up, Sin visited Yunmai, a small startup producing smart scales that measure not just weight, but BMI (body mass index), bone mass, water percentage, bodyfat percentage and visceral fat. The latter two are very important, and something that most people overlook, he said.

Headquartered in Beijing with an R&D department in Shenzhen, 700Bike is another startup with a product that seems similar to what’s already on the market, but with a new IoT twist. The company specializes in crafting foldable, lightweight bicycles with built in trackers and digital displays.

Sin’s visit to the Vivo office was very brief, but he did get the chance to ask a marketing person at Vivo why there’s a need for Vivo and Oppo to exist as two different companies.

“Well, even though we’re owned by the same people, we actually work completely separately,” he said. “There’s almost a rivalry of sorts between us. We don’t interact.”