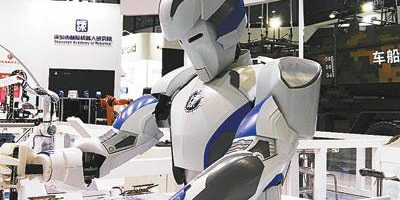 China’s No. 1 high-tech fair, China Hi-Tech Fair (CHTF), kicked off on Wednesday at the Shenzhen Convention and Exhibition Center in Futian CBD, spotlighting a host of the latest innovative technological products ready to change the world of work and play.

The 18th CHTF, running until Nov. 21, is expected to draw 43 delegations and international organizations from 31 countries and regions eager to witness the new advances in technology, according to a press conference Tuesday.

“More efforts should be put into exploring how to utilize technological innovation to cultivate new industries, thus realizing a sustainable and healthy development of the regional economy,” he said.

During the fair, government officials, prominent entrepreneurs, and technology experts and scholars will share their opinions on how to develop new technology industries and emancipate economic energy while the real economy is gradually sliding into recession.

The products will include robots that serve a variety of purposes; VR products such as a VR bicycle, Moon3D helmet, VR shuttle machine; phone products and wearable tech such as vivo X7, OnePlus 3; drones of different sizes and functions such as Alpha Cam and Dobby; and digital products.

Around 500,000 visitors will visit the fair, according to the organizers. The organizers will also invite buyers from Europe, America, the Middle East, India, Russia and Southeast Asian countries to attend two procurement fairs.

Besides exhibition venues in Shenzhen, five overseas exhibition subvenues are being set up separately in London, Liverpool, Helsinki, and the Lithuanian cities of Vilnius and Klaipeda.