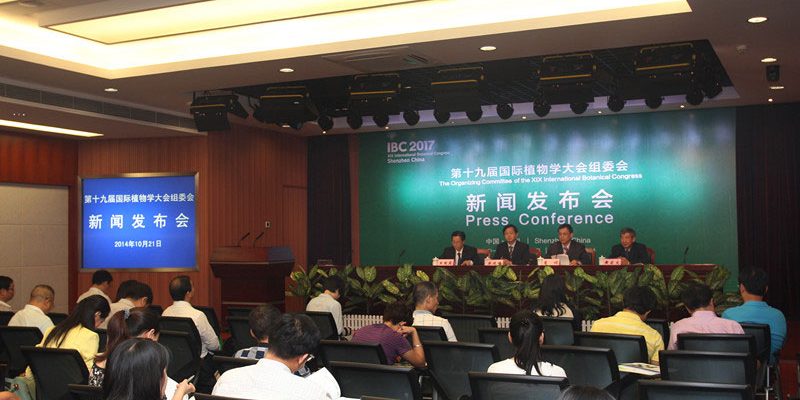 Plant scientists from all over the world are invited to attend the XIX International Botanical Congress (IBC 2017) in Shenzhen from July 23 to 29 next year. It will be the first time that the congress will be hosted by a city in a developing country.

The XIX IBC, to take place at the Shenzhen Convention and Exhibition Center in Futian District, will be held under the auspice of the International Union of Biological Sciences (IUBS), through the International Association of Botanical and Mycological Societies (IABMS) of the IUBS.

Organized by the Botanical Society of China and the Shenzhen Municipal Government, the XIX IBC has turned over a new leaf in the history of the congress with China being the first developing country to serve as a host.

During the congress, there will be an array of lectures and symposia given by about 1,500 scientists regarding topics in all fields of plant sciences, such as conservation biology, sustainable development, food safety, crop breeding, evolutionary biology, environment, and economical plants.

A weeklong meeting named Nomenclature Section will be held from July 17 to 21, a week before the congress, as the IBC possesses the authority to modify the code of nomenclature for algae, fungi and plants.

In order to promote the popularization of science, the preparatory office has been organizing activities and lectures for residents living in Shenzhen, which is recognized as one of China’s most livable cities.

Held every six years, IBC is a major convention that brings together scientists to discuss new research in plant sciences as well as broader fields, including botany, mycology, ecology, horticulture and agriculture. The first congress was summoned in Paris back in 1900.

IBC is an international meeting of plant scientists from all fields of plant sciences held every six years, with the location rotating between different countries.