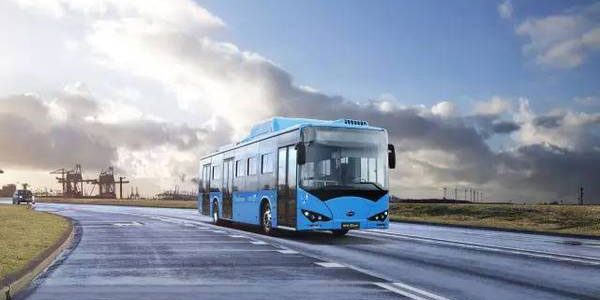 Shenzhen-based carmaker BYD has won Italy’s first public tender for wholly electric buses and will deliver 19 e-buses in a deal said to be worth over 10 million euros (US$10.39 million), according to a press release from the company on Thursday.

The tender was released by GTT, the bus operator in Turin, a city in northern Italy, in autumn last year. The contract is for long-range full-size buses to operate on the Piedmont Region’s urban transport networks.

BYD will supply a fleet of 12-meter e-buses together with 10-year full service support, and the vehicles will serve key cities of Piedmont such as Turin and Novara from summer 2017.

“We have consistently said that we would have ‘lifted off’ in Europe when our order book exceeded 100 e-buses,” said Isbrand Ho, managing director of BYD Europe. “These Italian orders bring the current total to over 100 units — we have truly arrived. What a way to end the year.”

The bidding also aroused interest in electric buses among many Italian bus operators. They believe purely electric vehicles will reshape the future of public transport, according to the press release.

On Monday, a fleet of 13 BYD e-buses were inaugurated by Nottingham City Council (NCC) in the United Kingdom, along with associated charging equipment.

It’s the first e-bus fleet launched by BYD in the United Kingdom outside of London, where BYD supplied Europe’s largest e-bus fleet on behalf of Transport for London.

The bus purchase in Nottingham was facilitated by a £1.4 million (US$1.73 million) grant from the DfT Green Bus Fund, which accounted for one-third of the contract’s total value.

According to the contract, BYD is providing a five-year warranty on its buses’ power systems and a comprehensive service support package, which includes training for drivers and maintenance engineers.

“It hasn’t been easy being an early adopter of such cutting-edge technology, but the partnership has now achieved a reliable electric bus network. It is hoped that other bus operators and contractors within Nottingham will make use of this charging network and local expertise,” he said.

BYD is the biggest producer of wholly electric buses in the world, and its 12-meter e-bus has been trialed in more than 50 major European cities. The company has sold e-buses and new-energy vehicles to over 240 cities in 50 countries and regions across the globe. The sales volume of its new-energy vehicles soared by 130 percent in the first half of this year, according to the press release.