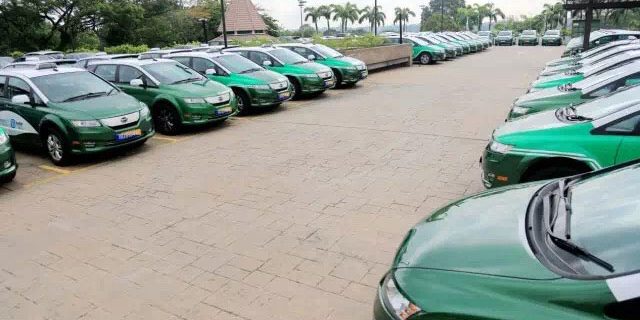 The Shenzhen-based carmaker BYD announced Friday that it has supplied 100 electric taxis in Singapore, marking the launch of the biggest e-cab fleet in Southeast Asia, according to a press release from BYD.

Operated by HDT Holdings — the only e-taxi operator in Singapore, the fleet of 100 e-taxis is also the largest e-cab fleet supplied by BYD overseas.

The fleet is using BYD’s e6 model, an all-electric multipurpose vehicle with zero emissions and a range of 400 kilometers. In addition to Singapore, e6 taxi fleets are also operating in China, the United Kingdom, the United States, Columbia and Belgium. In Shenzhen, more than 4,000 e6 taxis have been put into operation.

It’s the second time that BYD has inked a deal with HDT Holdings in Singapore. Two years ago, BYD’s fleet of 30 e-taxis hit the country’s roads for the first time, offering on-call taxi services to passengers.

The fleet was jointly operated by HDT Holdings and the car-hailing company Grab.

BYD said that the car-hailing service was well-received and its 30 e-taxis were all booked almost every day by local passengers. “BYD’s e-cabs have become HDT’s calling card that passengers are very satisfied with, which is why we decided to further our partnership with BYD,” said Huang Chunquan, general manager of HDT Holdings.

According to BYD, HDT Holdings called up a tender for the fleet after it was granted 100 e-taxi licenses from the local government in August last year. Singapore has been looking for e-car suppliers from across the globe to increase the use of electric vehicles in public transport for a while now.

Although Singapore had an estimated number of more than 28,280 taxis last year, about 86 percent of them use diesel and 7 percent are petrol-electric taxis.

According to BYD, the fleet of 100 e-taxis will reduce carbon emissions by 46,400 tons in Singapore each year, which is the equivalent of planting 26,000 trees.