Financial and Tech Town to Settle in Qianhai 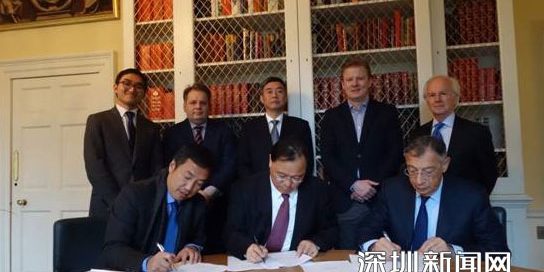 The agreement said that the three parties would establish the town in Qianhai and promote the development of finance, technology and other modern services in the area, creating a global financial industry complex and a financial ecosystem.

Ahead of signing the agreement, the Qianhai delegation, which was led by Tian Fu, director of the Qianhai-Shekou Pilot Free Trade Area Authority, visited the Canary Wharf Group, where its chief executive, Sir George Iacobescu, introduced the development and operation of Canary Wharf.

Canary Wharf is a major business district located in Tower Hamlets, East London. It is one of the U.K.’s two main financial centers and is the harbor of many world-famous headquarters, such as Credit Suisse, HSBC, Infosys, J.P. Morgan and Morgan Stanley.

The delegation also met the Deputy Mayor of London, Rajesh Agrawal, officials of investment promotion and the HSBC management to discuss building an HSBC regional headquarters in Qianhai.