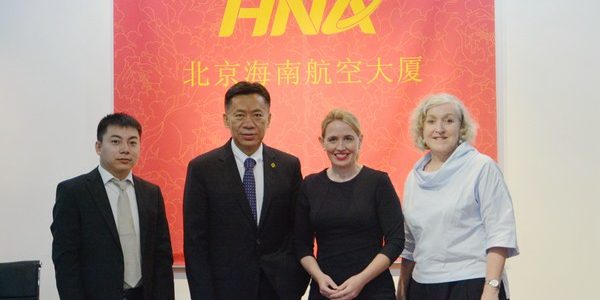 Hainan Airlines will operate direct flights between Shenzhen and Cairns starting Dec. 19, according to an announcement from the airline company with Queensland Tourism Administration recently in Beijing.

The Shenzhen-Cairns route will be the airline’s second direct flight to the Australian state of Queensland, following the Shenzhen-Brisbane route launched Sept. 20.

The new route is also the sixth direct route to Australia by Hainan Airlines.

The twice-weekly flight will operate using an Airbus A330 equipped with entertainment and food.

Located in northeastern Queensland, Cairns is a famous harbor city and an important gateway to the Great Barrier Reef.

The Shenzhen-Brisbane route that opened last month operates twice a week using an Airbus A330 aircraft.

Shenzhen will be the Brisbane airport’s 80th destination and Hainan Airlines its 31st airline.