BYD Among ‘Most Admirable Firms’ 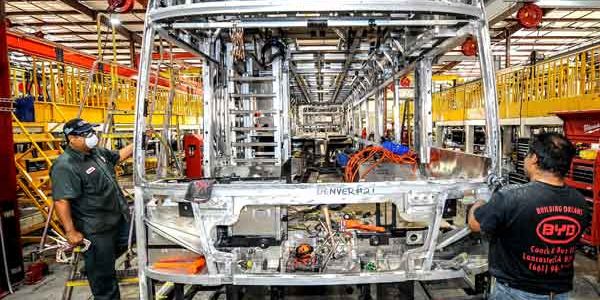 The Shenzhen-based electric carmaker BYD was selected as one of the “50 Most Admirable Chinese Companies” by Fortune magazine, while its two stocks were on the list of the new China “Nifty 50” released by U.S. investment bank Goldman Sachs, according to sznews.com.

BYD ranked fifth on the list of the “50 Most Admirable Chinese Companies” released by Fortune magazine, which showed that the company’s soft power has been recognized by its competitors.

The new China “Nifty 50” list released by Goldman Sachs chose 50 stocks with a minimum daily liquidity of US$470 million and an EPS (earning per share) growth of 23 percent between 2017 and 2019.

BYD is the only company with two stocks selected on the list, meaning the company is likely to be a strong player leading China’s future development, according to the report.

Founded in 1995, BYD principally engages in the rechargeable battery and automobile business, including new-energy vehicles and products such as rail transit, solar farms and energy storage stations. Its electric vehicles have been sold in over 200 cities in more than 50 countries and regions.

For many years, BYD has been promoting the use of e-buses in urban areas as a way to tackle air pollution and traffic congestion.

With a 1,000-person R&D team, the company has spent five years and invested 5 billion yuan (US$758 million) on the development of a monorail system, which provides a new solution to traffic jams in big cities.