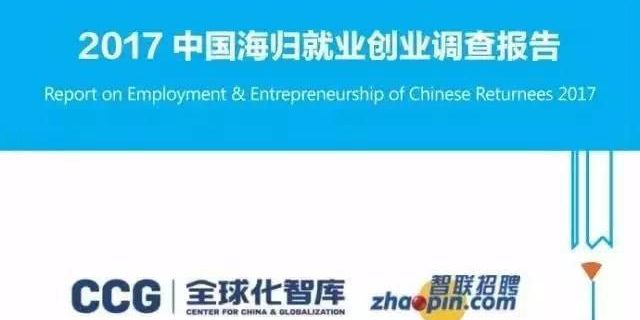 Shenzhen ranks third among other cities in 2017 for overseas-educated Chinese who want to find work or start a business, according to a report released by domestic recruitment website Bosszhipin.com, the Shenzhen Economic Daily reported yesterday.

With 16.7 percent of all the talents in China, the talent pool in Guangdong ranks first among all provinces, municipalities and autonomous regions. Data show that for every 100 white-collar workers in Guangdong, there are 95 working in the Pearl River Delta, of which 77 are employed in Shenzhen and Guangzhou.

In 2016, more than 90 percent of Chinese students who went overseas went to the United States, the United Kingdom, Australia and seven other countries to study, with 77.91 percent of them heading for English-speaking countries.

According to official statistics, from 2007 to 2016 the compound annual growth rate of Chinese overseas students increased by 14.2 percent. At the same time, the number of returnees is expanding year by year due to the tightening of overseas immigration and the increasing difficulty of obtaining employment visas. In 2016, the return rate of overseas Chinese reached 79.4 percent, up 48 percent compared with 10 years ago.

The IT industry has become the top choice for returnees this year, while the education and financial industries have the largest demand for returnees as they are in short supply. Although the average salary expected by returning graduates for their first job is 8,315 yuan (US$1,253), their actual average salary is 7,306 yuan.

In addition, more young returnees are choosing to start a business, as nearly 70 percent of entrepreneurs are under 30 years old, concentrating in fields such as education, e-commerce and life services.

Guangdong has also paid more attention to high-end talents. Data show that in the first three quarters of 2017, the average recruitment salary in Guangdong was 7,877 yuan, an increase of 4.4 percent compared with the same period last year. In 2017, the proportion of high-salary jobs, making more than 15,000 yuan, has increased 1.1 percent year on year, signifying more enterprises are willing to fork out money to attract high-level talents.

As the Internet penetrates all aspects of people’s lives, the development of the information security industry is also booming. Statistics show that in the third quarter of 2017, the recruitment salary for the industry in Guangdong reached 10,264 yuan, making it the only industry with a recruitment salary over 10,000 yuan. Recruitment salaries in the gaming, IT software and finance sectors are also ahead of other industries.