SZ Airport among World’s Most Beautiful 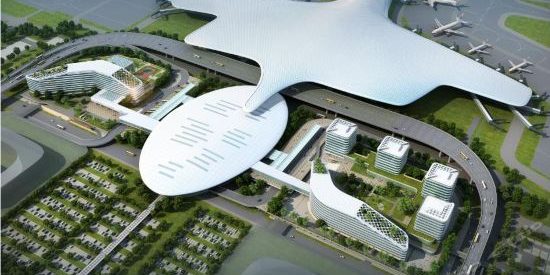 Shenzhen Bao’an International Airport is on a list of the top 10 World Most Beautiful Airports, and Wang Xiaodan, a stewardess with Shenzhen Airlines, has been named the world’s most beautiful stewardess in a ranking released in Hong Kong on Tuesday.

The ranking of the services provided by airline companies and international airports was released by World Air Stewardess Association (WASA).

Three Chinese air carriers made it on the list of the world’s most competitive airlines, according to the WASA ranking.

It is also the third time that stewardesses from Shenzhen Airlines have been named as the world’s most beautiful stewardess, following Liu Miaomiao in 2016 and Qin Yun in 2017.

Airlines with strong comprehensive competitiveness share the features of having a large operating scale, good operation management, a worldwide airline network, and high service quality and safety levels, according to the association.

In the category of world tourism destinations, Hong Kong, Macao and Taiwan were ranked as the top three.

The Shenzhen airport accelerated the opening of international and intercontinental routes after Terminal 3 was put into use at the end of 2013.

Three new international air routes have been or will be launched from the Shenzhen airport this month.

The routes include one to Cebu, the second-largest city in the Philippines, which was put into operation May 9.

The carrier will also open a route from Shenzhen to Darwin, Australia, twice a week starting May 30. It will be the first direct route from the Chinese mainland to Darwin.

The opening of the three routes brings the total number of international flights in Shenzhen to over 40. In 2016 and 2017, the city opened 28 international routes including intercontinental routes to Europe, Australia and the United States.